Why i take taxis instead of Uber in Jackson Hole Wyoming?

1.Most of taxis in Jackson Hole Wyoming are owner-operated or dispatched by it's owners,that means you deal direct with the person who is interested in high customer service quality so the company get's repeated business from customers like you. 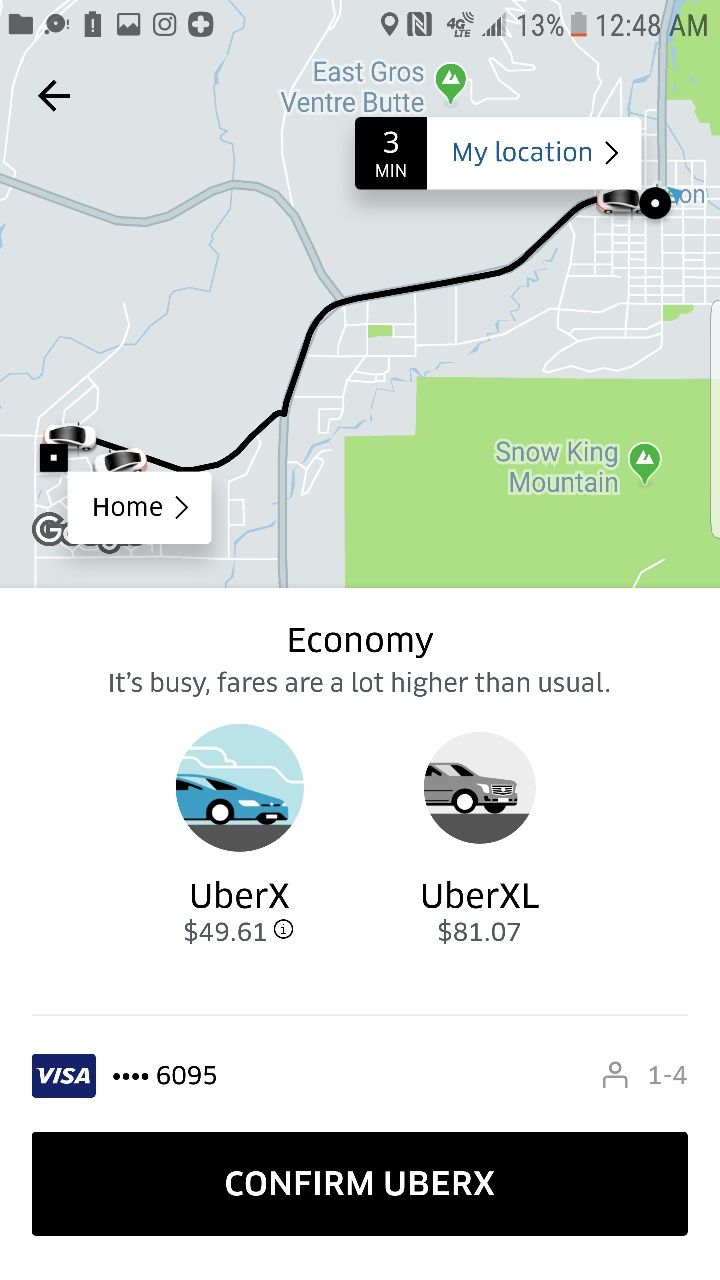 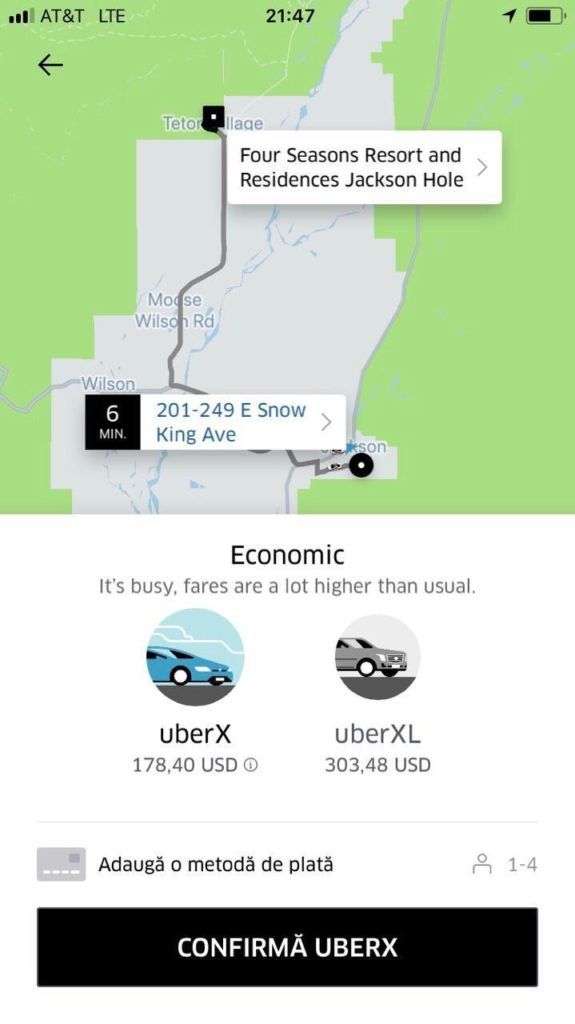 Fares for the operation of Taxi’s shall be set by the Town Council to ensure consistent fares to the public. Such fares may be amended by the Town Council at such intervals as deemed appropriate and necessary. For trips originating and/or terminating in the Town of Jackson, the fares shall be: (a) In-Town: twelve dollars ($12.00) maximum fare for one to four (1-4) passengers, plus three dollars ($3.00) per additional passenger. (b) Teton Village: thirty-five dollars ($35.00) maximum fare for one to four (1-4) passengers, plus five dollars ($5.00) per additional passenger. (c) Airport: The fee structure established by the Jackson Hole Airport Board of Directors shall apply for trips originating or terminating at the Jackson Hole Airport. 2. A schedule of fares, charges, and credit card surcharges must be prominently and clearly displayed in a conspicuous place within each Taxi at all times. The rate card shall contain the notation: All fares include applicable Sales Tax and do not include credit card surcharges. 3. Upon request for such information, a passenger shall be informed as to the exact number of minutes of waiting time or an additional drop fee for which a charge is made. 4. The surcharge added to a fare as a consequence of using a credit card to pay the fare shall be equal to, and no more than, the surcharge charged to the ground transportation business by the applicable credit card company. (Ord. 1100 § 1, 2015, Ord. 961 § 1, 2010; Ord. 922 § 1, 2009)

3.No Hidden fees and wrong ways or directions showed on the map. For example: Moose Wilson Rd is closed all winter long and sometimes in the summer because of bear activity on the road.Uber Shows customers estimated price but driver has to go another way and the price is double sometimes see picture bellow 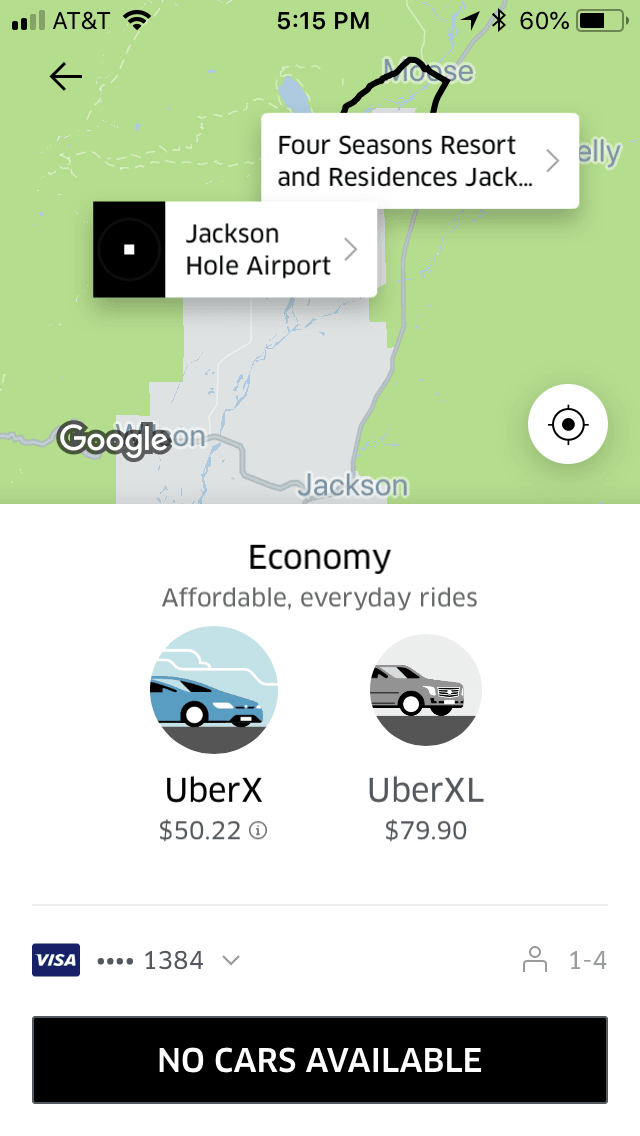 5.Better experience. Most of taxis in Jackson Hole are so called "black on black car service" luxury suv's like Cadillac Escalade ESV,Chevrolet Suburban or GMC YUkon XL.Why call an uber x  and get a Toyota Prius when you can get a full size suv 4X4 with snow tires and driver experienced in snowy conditions 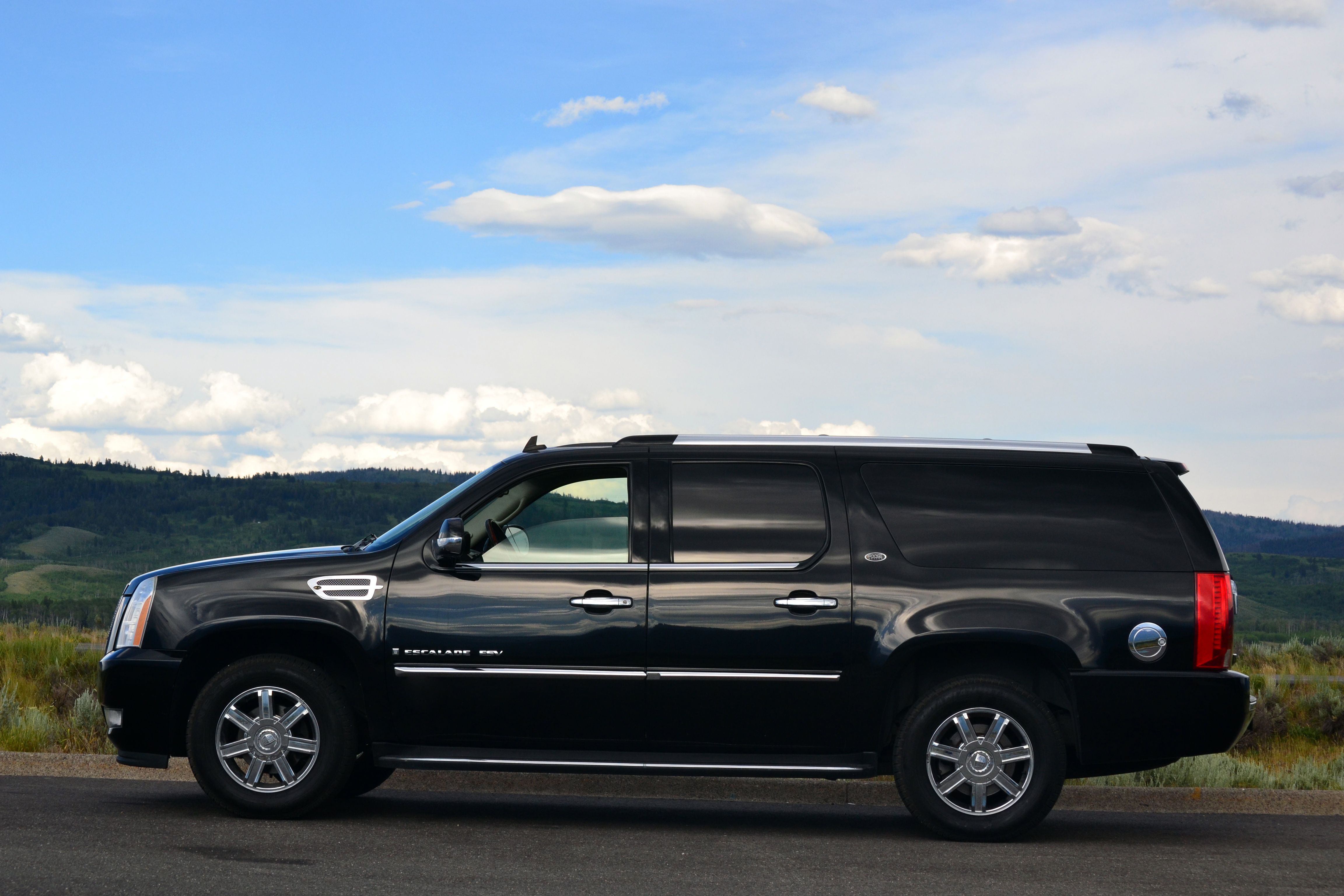 6.Taxi Drivers are required by town of jackson to pass a background check.To be legal in United states and be authorized to work.Uber doesn't do any of that.

7.Vehicle inspections required every year on every single car

A copy of a vehicle safety inspection performed by a certified automobile mechanic within thirty (30) days of the application must be attached to the application. At a minimum, the inspection shall verify the safety and working order of the following: (a) Brakes (b) Tires (c) Steering (d) Suspension components Jackson Municipal Code Title 5 – Business Licenses and Regulations Page 44 of 63 (e) Exhaust system (f) Windshield and wipers (g) Lighting, including head lights, tail lights and brake lights

So if a taxi has a better service in jackson hole why use uber or lyft?